Learning is easy when it’s taught by people who love what they do, Real Estate is Gregory’s profession, and he loves it. Gregory looks forward to classrooms with students he can impact with his wisdom, knowledge, and help them enhance their real estate careers. Gregory is a member of the Georgia Real Estate Educators Association (GREEA), Georgia REALTOR® (GAR), and approved instructor for Georgia Association of REALTORS® Partners in Education Program (PIE). He believes in connecting with nature and promoting sustainable life choices. One of his favorite quotes is “Adversity causes some men to break; others to break records.” William Arthur Ward. 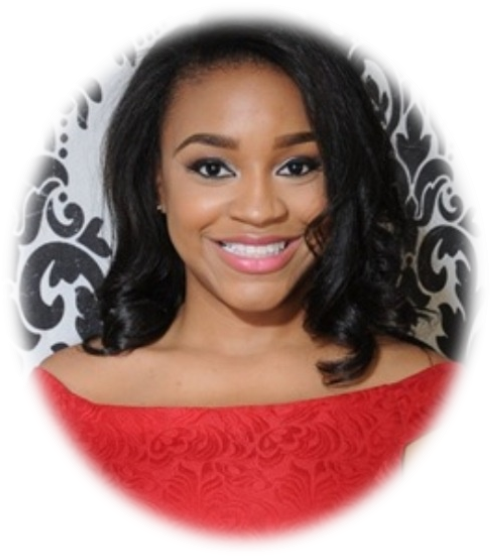 Courtney was born September 30, 1986 in Atlanta, Georgia. Courtney always had a radiant spirit, and it was apparent early on that her destiny and life’s calling would be centered on educating, motivating, and supporting young people to reach their potential.

After graduating from Stephenson High School in Stone Mountain Georgia, Courtney continued her education at Alcorn State University in 2008 where she excelled academically and received many honors. Courtney’s academic achievements eventually garnered the notice of others outside of the school and led to her being named into the Congressional Award Internship Program in Washington D.C. in 2012. At this time Courtney’s passion for history and political science was awakened, and her tenure in the nation’s capital allowed her to gain even deeper insights into the mechanisms of the United States government.

After graduating with honors from Alcorn with a B.A. in Political Science/Pre-Law, Courtney continued her education at Central Michigan University and in 2014 obtained a master’s degree in Public Administration. In alignment with her Christian values, pursuit of her Ph.D. as well as her passion for uplifting her community. Courtney join Teach For America and discovered her true calling as an Educator, culminating in her move to the Birmingham, Alabama area and taking a position with Bessemer City High School.

After Courtney premature death July 4, 2015, Gregory wanted to honor his daughter. His wisdom attained in real estate, along with the knowledge gained throughout his years as a professional business owner, has allowed him to continue her legacy. We love and miss Courtney dearly!  Until we see you again, 1 Thessalonians 4:13-18 KJV.